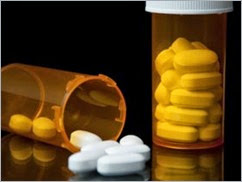 BOSTON -- A two-drug combination for hepatitis C (HCV) appeared to be curative in more than 90% of liver transplant recipients, a researcher said here.

HCV recurs in all transplant patients and can lead quickly to cirrhosis and loss of the graft, according to Surakit Pungpapong, MD, of the Mayo Clinic in Jacksonville, Fla.

But in preliminary results from a three-center case series, the combination of simeprevir (Olysio) and sofosbuvir (Sovaldi) for 12 weeks led to cures in most patients with complete data, Pungpapong reported in a plenary session of the American Association for the Study of Liver Diseases annual meeting.

The combination was recently approved to treat HCV, but was off-label during the study, Pungpapong said.

But the "million-dollar question" is how accessible the combination is, given high prices for both drugs, commented Susan Orloff, MD, of the Oregon Health & Science University in Portland, who was not involved in the study but who co-moderated the plenary session at which it was presented.

The outcomes, she told MedPage Today after the session, are "fantastic" -- much better than the 30% to 35% seen with earlier regimens.

But "the major issue with all of the direct-acting agents is they are very expensive and insurance companies are not covering these for our patients," she said. "Physicians have to appeal, appeal again, and appeal a third time ... It's a huge process."

Indeed, she said, the use of the combination earlier in the disease course might prevent the need for transplant, saving $200,000 or so for the procedure itself and also about $10,000 a year for immune suppression.

"If we could give more patients these drugs, these direct-acting antivirals, then we would obviate the need for transplant," she said.

Gilead, the maker of sofosbuvir, famously set the wholesale acquisition price at $84,000 for a 12-week course of treatment -- or about $1 per pill -- while the price set by Janssen for simeprevir is somewhat lower, at $66,000 for 12 weeks of therapy.

The study population -- from the three Mayo Clinics in Jacksonville, Scottsdale, Ariz., and Minneapolis -- included 109 patients with histologic evidence that their genotype 1 HCV had returned after the transplant.

Treatment began at a median of 29 months after transplant and most of the patients had failed at least one previous course of therapy. About a quarter of the patients were also given ribavirin, a nonspecific antiviral drug that used to be a mainstay of HCV treatment.

The primary endpoint of the study is an absence of detectable HCV RNA 12 weeks after the end of treatment, the so-called SVR12, which is regarded as a cure because few people relapse after that point.

However, having undetectable HCV 4 weeks after the end of treatment -- an SVR4 -- is regarded as highly predictive of SVR12.

In an intention-to-treat analysis, 99 of 101 patients (98%) had undetectable HCV RNA at the end of treatment. The remaining two included a patient who suffered a drug-induced lung injury and later died and one who stopped treatment after a viral rebound in week six of therapy.

The addition of ribavirin to the direct-acting combination for 24 patients had no significant affect on the outcomes, Pungpapong said.

On the other hand, the degree of fibrosis did matter: 96% of patients with Metavir score F0 through F2 achieved SVR12, compared with 76% of those with Metavir F3 or F4, for a difference that was significant (P=0.03).

The difference was accentuated among patients with genotype 1a disease, Pungpapong said.

Most adverse events were mild, and included fatigue in 9%, hyperbilirubinemia in 5%, and nausea and headache in 4% each. Among patients getting ribavirin, 42% developed anemia (a recognized side effect of the drug) compared with 2% of the remaining patients.

There were only two serious adverse events -- the lung injury case and a patient who developed pancreatitis and had to stop the HCV therapy for 2 weeks. The patient restarted the medications and achieved SVR12.

Other co-authors disclosed no relevant relationships with industry.

Posted by Hepatitis C Research and News at 2:14 PM