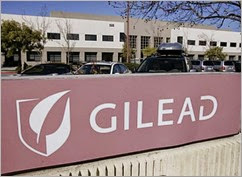 In a draft recommendation published today NICE is asking Gilead for more information on its new hepatitis C pill Sovaldi (sofosbuvir) – and is currently not minded to recommend the treatment for NHS England funding.

Professor Carole Longson, director of the NICE centre for health technology evaluation, explains: “The availability of new treatments, like sofosbuvir, that can shorten the duration of [older injectable drug therapy] interferon, or which in some cases don’t need to be taken with interferon at all, would potentially encourage more people to seek treatment.

“The available evidence shows that sofosbuvir is an effective treatment for chronic hepatitis C in certain patients. However, evidence is lacking for some sub-groups of patients with chronic hepatitis C, and there are also substantial uncertainties in the evidence base presented by the manufacturer.

“The [NICE] Committee has therefore requested further information from the manufacturer before it can decide whether sofosbuvir is a cost-effective use of NHS resources.”

Specifically, NICE wants further analyses from Gilead for its drug, in combination with Roche’s ageing injectable treatment Copegus (ribavirin), with or without Roche’s other medicine Pegasys (peginterferon alfa), compared with the two treatments in people with genotype 1 and genotype 3 chronic hepatitis C.

Consultees are now able to comment on these initial recommendations, which are also available for public consultation.

Comments received during this consultation will be fully considered by the Committee at the next meeting, NICE says, and following this the next draft guidance will be issued. The closing date for comments on the draft guidance is 4 July.

This is an eye-watering price tag that has come under much scrutiny in recent months, but oddly NICE seems less concerned with cost than it does with some fairly minor technical efficacy data.

Overall, the drug has impressed in late-stage studies, with recent clinical trial data showing that Sovaldi can effectively cure the disease in over 90% of patients in just 12 weeks.

This is compared to other treatments such as Vertex’ Incivek (telaprevir) and Merck’s Victrelis (boceprevir), which take double the amount of time to treat and have cure rates of around 75 per cent.

Sovaldi is expected to reach around $10 billion in sales by next year and is on course to become the biggest selling medicine in the world.

This comes after the Scottish Medicines Consortium, which is essentially the Scottish NICE, approved funding north of the border for the drug last week, although with some restrictions.

But despite the NICE appraisal still in transition, some hep C patients are already receiving Sovaldi via public funding in England.

This is because in April, NHS England said it would pay out as much as £18.7 million for Sovaldi, in combination with Bristol-Myers Squibb’s hep C drug daclatasvir or Gilead’s other treatment ledipasvir – with or without Copegus – for patients who meet specific criteria and are considered to be at significant risk of death or irreversible damage within the next year.

This is believed to be able to help around 500 patients in England. This combination is not, however, being considered by NICE in this ongoing appraisal.

Posted by Hepatitis C Research and News at 12:48 PM