HIV No Bar to HCV Therapy With New Agents 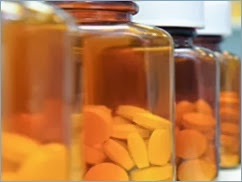 Three studies using different medications in co-infected patients all found cure rates similar to the same drugs in people who had only HCV, according to Douglas Dieterich, MD, of Mount Sinai Hospital in New York City.

"All of these drugs work remarkably well in co-infection," Dieterich told reporters at the annual Conference on Retroviruses and Opportunistic Infections.

All three medications are "direct-acting agents" -- they target aspects of viral replication, in contrast to interferon, which boosts the patient's immune system, and ribavirin, which is a general antiviral drug.

In all three studies, Dieterich said, the rate of cure was "exactly the same in co-infected patients as they are in mono-infected patients." A cure in the context of HCV is a sustained virologic response (SVR) -- defined as undetectable viral RNA at some prespecified point after ending therapy, usually 12 or 24 weeks.

The results of the trials are "good news" but not entirely surprising, commented Jean-Michel Pawlotsky, MD, PhD, of Henri Mondor University Hospital in Créteil, France, who moderated a press conference at which some details were presented.

But treatment just with peginterferon and ribavirin -- for years the only available HCV therapy -- was more difficult for people who also had HIV. "The main difference was due to interferon," Pawlotsky said. "These patients were not responding well to interferon."

One implication, he said, is that in the future, separate trials in co-infected patients might not be needed in order to get approval for new direct-acting agents.

Dieterich said the so-called STARTVerso4 was intended to test the efficacy and safety of two different doses of faldaprevir, in combination with peginterferon and ribavirin, in 308 patients with genotype 1 of HCV.

Almost all the patients -- 96% -- were also on highly active antiretroviral therapy for HIV.

The overall SVR rate 12 weeks after the end of treatment (SVR12), he said, was 72% and did not differ significantly between the two doses; phase III results in mono-infected patients were about 80%.

The simeprevir trial (dubbed Study C212) was also investigating the safety and efficacy of the drug among 108 HIV patients with genotype 1 HCV. The drug is approved for mono-infected patients.

In the trials used to support approval, the SVR rates were about 80% in treatment-naive and previously treated but relapsed patients, although they were lower -- 53% to 65% -- among patients who responded either partly or not at all to therapy with peginterferon and ribavirin.

In the co-infected cohort, Dieterich said, the SVR12 rate was 74%. Interestingly, a mutation that usually predicts poor response to interferon -- the Q80K polymorphism -- had no effect, he said, although its presence made a significant difference among mono-infected patients.

In both studies, the drugs were well-tolerated, he said, and the safety profile was similar to what has been seen in mono-infected patients, with most of the adverse events related to interferon.

But overall, he said, SVR12 rates ranged from 70% to 90%, depending on genotype, and in most cases were "exactly the same as in mono-infected patients." SVR24 rates did not change, except for one patient with genotype 1 who appeared to be re-infected after achieving SVR12.

The regimen, he noted, is the first interferon-free regimen to be tested in HIV/HCV co-infected patients.

The regimen was well-tolerated, he said, with only a handful of patients stopping treatment owing to adverse events.