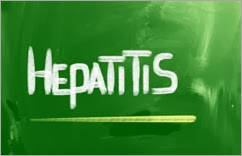 The number of US individuals living with chronic hepatitis C virus (HCV) infection is about 500 000 fewer than previously estimated, according to new findings from the US Centers and Disease Control and Prevention (CDC). But despite this large change in prevalence, the new estimate still finds a substantial population of individuals with chronic HCV in the United States.

Concern about a silent epidemic of undiagnosed chronic HCV infections among the baby boom generation has prompted the CDC to urge more aggressive screening of this population. The hope was that screening could identify the infections early enough to allow treatment that can clear the virus from the body or reduce the risk of the infection progressing to liver cancer or liver disease.

The CDC’s new estimate is based on HCV testing of individuals participating in the National Health and Nutrition Examination Survey (NHANES) between 2003 and 2010. Of the roughly 30 000 tested, 273 (about 1%) tested positive for chronic HCV infection. If extrapolated to the wider US population, this would suggest that there are 2.7 million US individuals currently living with HCV compared with the 3.2 million predicted based on NHANES data from 1999 to 2002.

The reason for this apparent decrease is not clear, according to the authors. It may be a statistical glitch; the old estimate falls within the confidence interval for the analysis. Another possibility is that increased death rates among those with HCV over the past decade may have reduced the overall population living with the disorder,  said Scott D. Holmberg, MD, MPH, chief of epidemiology and surveillance for viral hepatitis at CDC and one of the study’s authors. It is unlikely to be the result of more successful treatment of HCV during the interval between the 2 estimates because only about half of HCV-infected individuals are ever tested, and many of those who are diagnosed with the infection never receive medical care for it, according to the authors.

“Whether this decline in numbers of infected people is real or not, there are still millions of people infected with hepatitis C,” said Holmberg.  “This emphasizes the urgency of getting people tested, into care and treated.”

Both the old and new estimates likely underestimate the total prevalence of chronic HCV infection in the United States. NHANES does not include homeless individuals or those in prison, who are known to have high rates of HCV infection. According to Holberg, these uncounted populations would likely raise the estimates by about 500 000.

The US Food and Drug Administration has approved 4 new medications for HCV infection in the past 3 years, and more than a dozen new drugs are under development. There has been a renewed push by the CDC and infectious disease experts to head off HCV complications by boosting treatment. New guidelines for HCV treatment were issued in January.

But the costs of HCV care may be a barrier to many patients, particularly the lower-income and marginalized populations who are disproportionately infected. (The new study found higher rates of chronic HCV infection among individuals aged 40 to 59 years, those who are black, and those with lower income and education.) The most recently approved treatment costs more than $80 000 per course, and some insurance companies do not cover these new therapies.

Posted by Hepatitis C Research and News at 11:10 PM