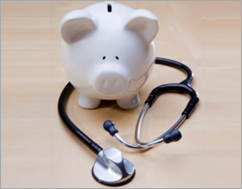 Lambda Legal today filed a federal class action discrimination lawsuit in U.S. District Court for the Middle District of Louisiana against BlueCross BlueShield of Louisiana (BCBS), which will no longer accept the federally-funded premium subsidies that enable low-income Louisianans living with HIV to purchase health insurance. Two other insurers included as defendants—Louisiana Health Cooperative and Vantage Health Plan—are also following the lead of Louisiana’s largest insurer, BCBS.  Lambda Legal is seeking an emergency injunction to force all three defendants to accept the premium payments and to provide health insurance until the lawsuit is heard.

Lambda Legal filed today’s lawsuit on behalf of John East, a part-time worker in the hospitality industry, and other low-income Louisianans living with HIV. East, a 59-year-old New Orleans man insured by BCBS for nearly 30 years, learned in mid-January that BCBS would no longer accept the federal Ryan White subsidies for which he qualifies. Without the subsidies, East will not be able to afford his medical care and HIV medications. Lambda Legal’s lawsuit follows earlier efforts—including complaints filed with the U.S. Department of Health and Human Services Office of Civil Rights—to persuade the insurers to continue accepting federal Ryan White premium subsidies. The New Orleans AIDS Task Force is assisting in this advocacy.

I couldn’t believe it when I was told BCBS would no longer accept my Ryan White insurance subsidies. What am I supposed to do now? I’ve been with BCBS for 29 years. I paid my premiums that whole time, and now they are finding a way to dump me just because I’m living with HIV. I need these medications to stay healthy, so that I can continue to work and contribute to my community.

Lambda Legal sent a letter to BCBS of Louisiana on January 27, 2014, asking that the insurance provider reverse its policy change and resume accepting Ryan White premium subsidies or explain the rationale for its abrupt and harmful policy shift. Lambda Legal requested a response by January 30, 2014, but BCBS of Louisiana never responded.

Posted by Hepatitis C Research and News at 2:45 PM