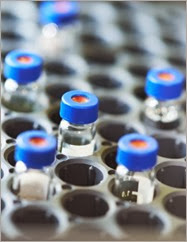 Leading world health organizations agree that the global rise of Hepatitis is an alarming health issue — one that may have already eclipsed AIDS in many parts of the world. It is estimated that at least 150 million people have Hepatitis C worldwide — nearly 5 times the number of people who suffer from HIV. Hepatitis C is a particularly ravaging disease since, if left untreated, it can eventually cause liver damage and lead to cancer. While drug development for a Hepatitis B cure to complement the already-developed vaccine continues to progress, the good news forHepatitis C is that a cure already exists. The issue, however, is not the cure, but its price.

In countries like India, where Hepatitis C is a major health issue, the high cost of the cure is a sticking point between drug developers looking to get value for their product and health officials who see curing the disease as the only consideration in pricing the treatment. According to a recent article in the New York Times by Donald G. McNeil, Jr., the simple pill regimen for curing Hepatitis C — a drug called sofosbuvir developed by Gilead Sciences under the brand name Sovaldi in the U.S. – costs American patients and healthcare companies an estimated $84,000 per treatment.

The price tag for Sovaldi is clearly priced for the hyper-inflated U.S. healthcare market, which often prices high-performance drugs, surgeries, and other specialized medical procedures higher than anyone could ever pay on their own in the U.S., let alone the developing world. In a country like India, however, $84,000 per treatment for Hepatitis C isn’t even a consideration.

For their part, Gilead has suggested a path toward licensing the treatment to Indian drug companies that they believe would get the price of sofosbuvir down to a $2,000-per-treatment version — a mere 2.3% of the U.S. price.

However, worldwide health advocates are lobbying for Gilead to do what it takes to make their Hepatitis C cure widely affordable and available to those who have the disease in the developing world. McNeil’s piece highlights Doctors Without Borders’ efforts to exhort Gilead to craft sofosbuvir-based treatments for $250 or less, and is lobbying the World Health Organization “to put sofosbuvir on its list of drugs the agency tests for countries too poor to have their own drug regulatory agencies.”

Rohit Malpani, a Doctors Without Borders policy advisor, outlines the organization’s position on the pricing issue, and reveals just how far apart the two sides are on getting to a price that satisfies everyone involved: ”We think a $2,000 price tag, although a discount from U.S. prices, is not going to get the job done,” he noted. “It’s a discount from a price we think is absolutely outrageous. The way we look at it is, how much does this drug cost to make and what is patients’ ability to pay?”

Critics of Gilead’s pricing scheme say, that they believe the Hepatitis C treatment could be offered to countries like India for as low as $68 to $136 for a 12-week treatment course.

In recent comments on the issue, Gilead does not appear to be ready to capitulate to these calls for lower prices. Instead, the company has indicated that, once it finalizes licensing for the drug in India, it would be incumbent upon Indian generic producers to offer competitive pricing on Solvadi, not only to make it more affordable, but also to gain a market advantage in India: ”We’ll be working probably with three to five different companies,” Gregg Alton of Gilead told The Hindu Business Line. “We leave it up to the Indian companies to bring the price down, should they choose to do that.”

Posted by Hepatitis C Research and News at 4:44 PM