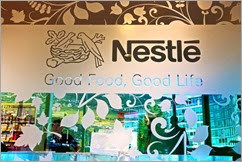 Nestle is set to partner with biotechnology firm Cellular Dynamics International (CDI) to study the relation between diet and disease, according to a Wall Street Journal report.

The maker of Kit Kat chocolate bars and Maggi soups will take brain and liver cells from CDI to study the effect of nutrients found in foods, WSJ cited Emmanuel Baetge, director of the Nestle Institute of Health Sciences, saying in an interview.

CDI said in a statement Wednesday it signed a long-term agreement to supply stem cells to the Nestle Institute of Health Sciences. Financial terms of the deal were not disclosed.

The Wall Street Journal added that Nestle scientists have already started studies of CDI nerve cells to see how the fatty acids found in avocados and olive oil affect them.

Nestle is increasingly linking up food and science with its health science unit, set up in 2011 to pursue a growing demand for "medical foods" from an aging population.

That deal followed the purchase in 2012 of a stake in U.S. firm Accera, which makes a medical food brand for Alzheimer's patients.

Experts expressed skepticism to the Journal that changing ingredients in foods may affect chronic diseases.

Posted by Hepatitis C Research and News at 2:12 PM