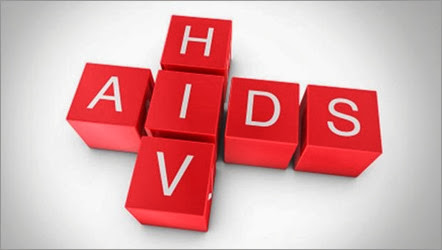 Researchers announced today that two men they previously believed to be “cured” of HIV are now showing traces of the virus in their blood.

Dr. Timothy Henrich, associate professor of infectious diseases at Brigham and Women’s Hospital in Boston, announced the resurgence of the virus at an international conference on AIDS research in Florida Thursday, the Boston Globe reported. He said the fact that these two men were showing signs of HIV means that the virus can lurk in places in the body where it is hard to find.

“This suggests that we need to look deeper, or we need to be looking in other tissues . . . the liver, gut, and brain,” Henrich said. “These are all potential sources, but it’s very difficult to obtain tissue from these places so we don’t do that routinely.”

The two HIV-positive men previously made headlines in July, when Henrich announced that they were no longer showing any detectable traces of HIV in their body. The patients had received stem cell transplants after they had been diagnosed with Hodgkin’s lymphoma, a type of blood cancer, and doctors believed this transplant had allowed their body to get rid of the virus. They had stopped taking antiretroviral medications for 15 weeks and seven weeks respectively at the time of the announcement.

The second patient decided to stay off the medication, but eight months after he had been “cured” the doctors found traces of HIV. He was placed on antiretrovirals again.
According to government estimates, about 1,148,200 persons 13 and older were infected with HIV in the U.S. in 2009. Around 18.1 percent of those people had not been diagnosed yet.
Another man, Timothy Ray Brown, similarly announced that he had been “cured” of HIV when he received a stem cell transplant. Brown, who had leukemia, received a donation from a person with a genetic mutation called CCR5-delta32, which made them HIV-resistant.

Researchers said in July 2012 that they found traces of HIV in Brown’s blood, but the patient claims those viruses are dead and cannot replicate.

The Boston men's stem cell donors did not have the CCR5-delta32mutation.

A Mississippi baby born HIV-positive was also determined to be "cured" of the virus. Instead of receiving a stem cell transplant, she was given powerful three-drug infusion within 30 hours after birth. The mother had not been diagnosed with HIV until she was in labor, and did not receive any prenatal treatments to prevent the spread of the virus to her baby.

Researchers said in Oct. the baby still appears to be HIV-free.

Henrich said that despite the failure to eradicate HIV from the two men, researchers learned a lot that would allow them to make improvements for future treatments.

“We go back to the drawing board,” Henrich said. “It’s exciting science, even if it’s not the outcome we would have liked.”

Posted by Hepatitis C Research and News at 1:39 PM