Coffee and Cigarettes May Protect Against Liver Disease 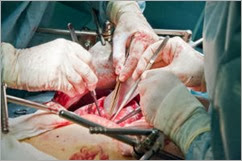 In a new study from Norway published inClinical Gastroenterology and Hepatology, both coffee consumption and cigarette smoking are shown to potentially protect against primary sclerosing cholangitis (PSC). This is a chronic liver disease caused by chronic inflammation of the bile ducts.

The findings are of great interest against a backdrop of increasing knowledge on coffee as a possible protective agent in other liver diseases.

The cross-sectional study was conducted by researchers at the Norwegian PSC Research Center based at Oslo University Hospital and the University of Oslo.

The study was conducted using a questionnaire about environmental exposures, and included 240 PSC patients and 245 controls.

While PSC is not a common disease, it is a severe condition affecting mostly young adults (30-40 years), and with a high risk of associated cancer of the bile ducts.

Few treatment options are available and PSC is one of the most important reasons for liver transplantation. While the possible protective effect of smoking against PSC seems rather unique to this particular liver disease, coffee consumption has been shown to protect against multiple other liver conditions including liver cirrhosis and liver cancer -- and now for the first time also against PSC.

The above story is based on materials provided by Oslo University Hospital, via AlphaGalileo.

Posted by Hepatitis C Research and News at 6:04 PM