A coffee a day keeps the doctor away

IT'S almost perfect news for this over-indulgent time of year - for experts have found that drinking coffee is good for your liver. 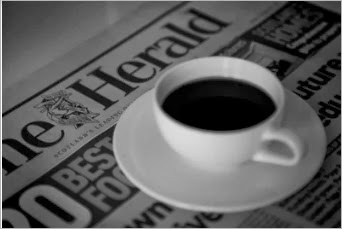 Until now, coffee has been best known for pepping you up, giving you the jitters or, erroneously, as a source of instant sobriety. However, a new study carried out by Scottish doctors has found patients with chronic liver disease who developed cirrhosis drank "significantly less" coffee than those who did not develop the condition.

The findings suggest the development of cirrhosis - scarring of the liver caused by long-term, continuous damage - could even be postponed by upping the amount of coffee consumed.

Study co-author Peter Hayes, ­professor of hepatology at the University of ­Edinburgh, said the findings were another "piece in the jigsaw" that suggested coffee was good for the liver, and that he recommended coffee to patients who were able to drink it.

"Everything seems to point to coffee seeming to help liver to such a degree that I tell all patients who ask 'what can I do to help my liver?' that it's a good idea to lose weight, keep your alcohol intake low or zero and if you like coffee, drink plenty," he said.

But Hayes said it was difficult to carry out a definitive trial that would prove the effect of coffee, as it would involve having to pick people on a random basis and have them drink coffee for a long period of time - even if they did not like it.

But he pointed to other studies that have found beneficial effects from the drink, including a large analysis published in the New England Journal of Medicine last year that found older adults who drank coffee had a lower risk of death overall than others who did not drink coffee.

Hayes cautioned against the idea that drinking enough coffee could make cirrhosis "go away" or that people should suddenly go from having no coffee to drinking 10 cups a day.

"If you are someone that has got an alcoholic liver problem, the right message from the doctors is to say cut back on your alcohol," he said. "When it comes to things like non-alcoholic liver disease related to obesity or diabetes, people often ask if there a special liver diet. The bottom line is, keep the alcohol low and if there is anything that you take by mouth which might be helpful - it is coffee."

Andrew Langford, chief executive of the British Liver Trust, said there was growing evidence from studies that coffee is good for those with liver disease.

But there is still debate over what is in the drink that could have this effect.

He added: "What we don't know yet is whether or not drinking coffee when you haven't got liver disease gives you any sort of protection.

"What we do know from the research which has been done, particularly in Scandinavia, is that for people with liver disease, there is a benefit to drinking coffee."

He added: "What is really important is to find out what it is in coffee that helps the liver. If it is not the caffeine, it would be fantastic if decaffeinated coffee [worked].

"If we could still have coffee without the caffeine, then it is a win-win situation."

Posted by Hepatitis C Research and News at 3:00 PM