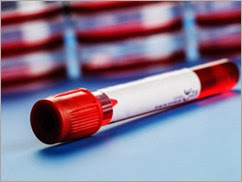 WASHINGTON -- Thousands of people in the U.S. -- including an estimated 50,000 veterans -- are infected with the hepatitis C virus (HCV), and don't know it, researchers reported here.

In one study, an estimated 900,000 veterans who were seen in the previous year at a Veterans Affairs facility had not been screened for the virus, and of that group, an estimated 51,000 may be infected and unaware of their status, Lisa Backus, MD, PhD, deputy chief consultant for measurement and reporting in the Office of Public Health at VA Palo Alto Health Care System, Palo Alto, California, told MedPage Today.

A second study, also reported here at the American Association for the Study of Liver Diseases, indicated that one of every eight patients born between 1945 and 1965 and treated in the emergency room tested positive for the virus that causes liver disease, reported James Galbraith, MD, associate professor of emergency medicine at the University of Alabama-Birmingham.

In discussing the studies at a press briefing, Gregory Fitz, MD, president of the AASLD and chief of internal medicine at the University of Texas Southwestern Medical School, Dallas, said that since HCV infection is treatable and curable it is important to determine who has the disease so they can initiate therapy.

The two studies help validate the CDC HCV testing recommendations, Fitz said. "The CDC had come out with birth cohort guidelines that basically say if you were born between 1945 and 1965 you ought to be tested for hepatitis C at least once in your life because in that age cohort the probability of finding that virus is increased."

Michael Fried, MD, professor of medicine at the University of North Carolina, Chapel Hill, told MedPage Today that birth cohort testing removes from physicians the sometimes difficult task of asking people about what might be considered embarrassing questions. Instead, the CDC recommends testing anyone in the age bracket.

"People who donate blood and whose blood has not been rejected have been tested for HCV, and other viruses, and probably can be confident they don't have hepatitis C," Fried said. However, Backus suggested that even if a person has given blood in the past 5 years, a formal test for hepatitis C should still be performed.

In her study, Backus reported that 64.2% of the veterans born in the critical 1945-1965 era have been screened for HCV and 54.7% of all veterans have been screened for the virus. "This is a substantially better screening rate than in the general public clinics," she said. "Those screening levels for HCV are around 8%-9%, and about 2% of those patients in the 1945-65 birth cohort tested positive."

Backus reviewed outcomes in the screening of 5.5 million veterans in VA care. Overall, about 6.1% of the veterans screened were found to harbor infection with HCV. About 1.7% of those born before 1945 have the virus; 9.9% of those in the 20-year birth cohort have the virus, and 1.1% of those born after 1965 are infected.

"Extrapolating the most recent 1945-1965 birth cohort for HCV prevalence (5.7%) to those veterans who have not been screened – 905,571 – suggests that up to 51,000 additional veterans in VA care could be identified with HCV infection with complete birth cohort screening," Backus said.

"We advise the public to ask their doctor to test them for hepatitis C infection," she said. "And we tell doctors to test patients in the birth cohort, and not to assume that the patient is not at risk for infection."

In the Alabama study, Galbraith and colleagues screened all people who came to the emergency room. In 6 weeks, they screened just over 984 patients who were unaware of their hepatitis C status; 112 tested positive and 71 of those who tested positive -- 72% -- proved to have hepatitis C infection.

Commented Fitz: "So you have an enormous reservoir of people out there who have hepatitis C. And these were people who came into the emergency room not because they thought they had hepatitis but because of something else.

Galbraith and Backus had no disclosures.

Fitz had no disclosures.

Posted by Hepatitis C Research and News at 2:57 PM