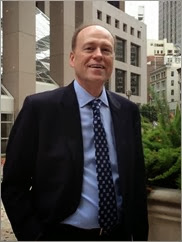 In its first full-year financial report since becoming a publicly-traded biotech, Enanta Pharmaceuticals reported a smaller loss than expected, and one analyst is raising his estimated chance of success of its drug for hepatitis C.

The Watertown biotech, which raised $64 million (minus fees and other expenses) in its initial public offering in March, reported a net income of $9.6 million for the full year that ended in September, with revenue of $32 million compared to $42 million for the previous year. Adjusted to exclude one-time costs and other expenses, the company had an adjusted net loss per share of 67 cents a share – down from a profit of $1.13 in 2012, but beating the $1.78 consensus that three analysts were expecting for the full year.

The company also said it had $112.2 million in cash at its disposal as of Sept. 3 – enough, it said, to last for the next two years.

But it wasn’t the company’s finances that impressed analysts at Leerink Swann, rather it was Enanta’s prospects for future revenues from a drug it’s developing as part of a treatment being tested by Abbott Laboratories for hepatitis C. The company recently reported positive data from a Phase 3 trial of ABT-450, and Howard Liang of Leerink Swann said in a research note this week that after those results that he’s upping his estimated probability that the drug will ultimately be approved from 85 percent to 90 percent.

“We believe the first Phase III results further de-risk the program,” he wrote. “We continue to see (Enanta) as a de-risked small cap play to participate in what we anticipate to be a large hepatitis C market.”

Liang also cited the possibility for Enanta to exercise an option to get more royalties from Abbott through paying more of the development costs. He raised his price target for the stock from $28 to $29 a share.

Enanta’s stock has shot up by more than 20 percent since the Nov. 19 announcement of the Phase 3 trial results. This morning, it was trading at $25.56 a share at the opening of the markets, up 48 percent since its March 21 IPO.

In a statement, CEO Jay Luly called 2013 a “transformational year for Enanta.”

“Our initial public offering in March further strengthened our cash position, and we ended the year with three (hepatitis C) compounds in the clinic and we have progressed our internal programs and pipeline candidates,” he said.

Posted by Hepatitis C Research and News at 1:52 PM