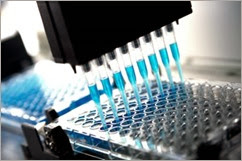 An independent study has found that Biotron's BIT225 drug candidate is effective against more genotypes of the Hepatitis C virus than previously demonstrated.

Biotron Limited's (ASX: BIT) shares are set to trade higher after receiving independent evidence that its BIT225 drug candidate for the treatment of the Hepatitis C virus is effective against more genotypes than previously demonstrated.

A new scientific paper published in the peer-reviewed journal Antiviral Research demonstrated that BIT225 is active against HCV genotypes 1, 2, 4, 5 and 6 using an in vitro cell culture assay.

This adds to the company’s studies, which demonstrated that it is active against genotypes 1 and 3, and indicates that its compound has pan-genotype activity.

Biotron’s BIT225 compound is the first in a new class of direct acting antiviral drugs for Hepatitis C. It specifically targets the p7 protein, which is involved in virus assembly.

It has recently received ethics approval to conduct a three month Phase 2 dosing study of its BIT225 drug candidate for the treatment of the Hepatitis C virus in Thailand.

The Hepatitis C global market is currently estimated at US$3.3 billion, but is expected to expand to over US$15 billion as safe, effective therapies enter the market.

Posted by Hepatitis C Research and News at 7:56 PM