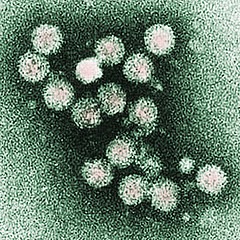 By Mina Marmor and Henry I. Miller

The relatively obscure liver inflammation caused by hepatitis C virus (HCV) is a significant threat worldwide, and its prevalence is growing. It demands greater attention from both public health officials and drug developers.

The World Health Organization estimates that 170 million people are chronically infected with HCV, which is transmitted via blood-to-blood contact.  In the developed world, the majority of people with HCV were infected prior to the 1992 introduction of sensitive screening tests which curtailed transmission from blood transfusions or organ transplants.

The course of infection is variable, but viral infection is chronic in the majority of cases and can result decades later in cirrhosis, liver failure and liver cancer. (In the developing world, where screening tests are less available, there is surely a higher but hard to estimate rate of new infections.)

In the United States, the estimates of about 3 million people chronically infected with HCV (based on the National Health and Nutrition Examination Survey) are probably an underestimate because the surveys do not include incarcerated or homeless people; the addition of these high-risk populations could increase prevalence estimates by 500,000–1,000,000.  Moreover, because the disease is asymptomatic for a long period of time, only about 30% of HCV-infected people in the United States have been diagnosed.

The burden of HCV continues to grow because the peak of infections occurred in the 1970’s and 80’s before there was reliable testing of blood and organs for transplantation, and the complications of disease typically take 20-40 years to develop. Thus, HCV-related illness and deaths have been increasing and are projected to continue to grow significantly in coming years. The prevalence of HCV-related cirrhosis in the United States is expected to peak at 1 million individuals from the mid-2020s through the mid-2030s.

Many studies have shown that HCV infection results in significantly higher rates of death from liver-related diseases, as well as increased mortality from other causes, including cardiovascular and renal disease, which may be due to persistent inflammation and immune-complex deposition. Overall, HCV infection reduces life expectancy by 8-12 years. A 2011 Veterans Administration study found that achieving a “sustained virologic response” — no virus detectable in the blood six months after finishing treatment — after treatment of HCV was associated with a substantial reduction in the rates of decompensated cirrhosis, liver-related deaths and all-cause mortality. This is a clear demonstration that successful treatment of HCV infection improves patient outcomes.

However, the currently available treatment regimens for HCV leave much to be desired, and many asymptomatic patients forego treatment because of the poor safety profiles, tolerability, and low success rates of available drugs. Future all-oral regimens will eliminate many of these barriers to initiating treatment.

In recent years, the development of drugs to treat HCV infection has progressed rapidly. In May 2011, in combination with the then standard-of-care (pegylated-interferon-α and ribavirin), two novel direct-acting antiviral agents — Merck Merck’s Victrelis (boceprevir) and Vertex’s Incivek (telaprevir, marketed by Johnson and Johnson outside the United States as Incivo) — were approved to treat the most common subtype of HCV in the Western world.

Adoption of these agents was swift because they improved significantly the rate at which treated patients were cured of HCV and in many cases shortened the duration of treatment from 48 to 24 weeks. However, HCV treatment remained poorly tolerated, with frequent adverse events including flu-like symptoms (virtually universal with interferons), anemia, rash, and depression. Although sales exceeded $1 billion in the first year of commercialization, the use of the drugs has since declined as the backlog of patients needing treatment most urgently has been addressed.

We should soon have more effective and better-tolerated all-oral regimens that do not include interferon. Indeed, recent clinical data have shown very promising results with several interferon-free regimens, including different classes of drugs targeting various viral proteins and enzymes. These include drugs from Gilead and Abbott, both of which have  Phase III trials under way for treatments which may be commercially available by 2015.

Data presented at recent medical meetings, including the American Association for the Study of Liver Diseases in November 2012, suggest that Gilead may be able develop an ideal HCV treatment regimen − a single, once-daily tablet that is well-tolerated, safe, and highly efficacious. At the least, Gilead is expected to capture a significant portion of the HCV market with regimens containing sofosbuvir (GS-7977), the nucleoside polymerase inhibitor acquired in the $11 billion takeover of Pharmasset. Bristol-Myers Squibb BMY +0.88%, Johnson and Johnson, Vertex and other companies are also working on all-oral HCV treatment regimens.

In addition to the clinical benefits, pharmaco-economic analyses also support treatment of HCV. Infected patients incur higher healthcare costs compared with a non-infected population matched by sex, age, and healthcare enrollment. Because costs are driven largely by end-stage liver disease, liver transplants and cancer, total HCV-related healthcare expenditures are likely to increase significantly over time as patients progress to more severe disease. The stringent assessment by the UK’s National Institute for Health and Clinical Excellence showed robust cost-effectiveness for treating HCV with either telaprevir or boceprevir. This analysis supported treatment of various patient sub-populations, including treatment-naïve patients with mild disease. Depending on the price points, the higher cure rates and reduced incidence of adverse events associated with oral direct-acting antivirals may lead to even greater cost-effectiveness in future.

Even new, cost-effective HCV treatments will have high overall costs, and the price of the various all-oral regimens for HCV may play a role in determining market share. Payers also are likely to have a significant influence on market dynamics. In the United States, in addition to requiring prior authorizations, payers are likely to manage costs aggressively by selecting a preferred regimen(s) and negotiating favorable pricing.

Given the history of the exposure to hepatitis C virus worldwide and the natural course of the infection and its complications, the disease is a public health and health care expense time bomb. That makes the availability of safer and more effective treatment options imperative.  And while the costs of treating HCV will be high, in human and financial terms the costs of not treating the disease would be even higher.

Mina Marmor, Ph.D., CFA, is a financial analyst at Sectoral Asset Management in Montreal, an investment management firm that focuses exclusively on the health care sector. Henry Miller, a physician and molecular biologist, is the Robert Wesson Fellow in Scientific Philosophy and Public Policy at Stanford University’s Hoover Institution.  He was the founding director of the FDA’s Office of Biotechnology and is a member of the Scientific Advisory Board of Sectoral. The statements and opinions expressed in the article are those of the authors as of the date of the article, are subject to change, and do not necessarily represent the views of Sectoral. The article does not constitute investment advice and is not a recommendation to buy, sell or hold the securities of any company mentioned in the article.

Posted by Hepatitis C Research and News at 9:13 AM