HIV treatment under the Affordable Care Act: What you need to know 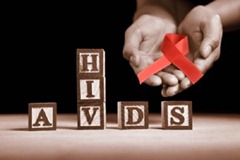 More than 50,000 new cases of HIV occur in the U.S. annually. (Shutterstock photo)

The Affordable Care Act (ACA) will impact the lives of millions of people in the United States, and while attention has been given to the broader implications of the law, the ACA will mean something specific for every medical issue. For Latinos and other groups suffering disproportionately from HIV, the health reform law makes significant changes to how the condition can be treated. HIV treatment and prevention will be greatly affected by the ACA.

According to a report from the Kaiser Family Foundation (KFF), the ACA “is expected to significantly expand access for people with HIV, many of whom are uninsured or otherwise unable to access affordable and stable health care coverage.”

With approximately 50,000 new HIV infections in the United States each year, according to the Centers for Disease Control (CDC), the viral infection remains a public health concern, especially among certain demographics.

Latinos accounted for 20 percent of all new HIV infections in 2009, the year from which the most recent data is available. During that year, the HIV infection rate for Latinos was three times that of non-Hispanic whites, states the CDC.

The access to affordable health care is the crux of how the ACA will benefit individuals with HIV; however, shortly after the ACA was passed, KFF notes the White House released the first national HIV/AIDS strategy. The initiative included three main goals:

The ACA will assist those goals through the implementation of a number of provisions, many of which will be in place before 2014.

Some of those provisions which can be applied directly to HIV treatment include:

While many other provisions in the ACA will benefit HIV sufferers, KFF states it is the continuation of care which will mean the most for people with this condition.

“Recently, researchers have begun to popularize the concept of an HIV ‘treatment cascade’ which depicts the continuum of HIV care, from initial diagnosis of HIV through to maximal viral suppression,” stated the report.

“The Affordable Care Act has already led to improvements in access to and quality of care for people living with HIV and, when fully implemented in 2014, is expected to significantly expand access even further,” concluded the report. “There are also key opportunities for working to ensure that new systems of care will include high quality HIV standards for realizing the potential of the ACA to be a “game changer” in reducing the burden of the HIV epidemic in the United States.”

Posted by Hepatitis C Research and News at 4:13 PM