STEM-CELL JAB MAY SAVE LIVER VICTIMS 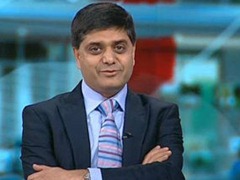 Professor Anil Dhawan, who is leading the trial at London’s King’s College Hospital

AS BRITAIN faces an epidemic of liver disease a medical breakthrough is offering new hope to those awaiting transplants.

There is an acute shortage of donor organs but doctors believe they can repair damaged livers by injecting specially treated cells into them.

Trials of the new stem-cell treatment are to begin on ­children with rare and deadly liver conditions. If they are successful, patients with livers damaged by alcohol, obesity or illness could also be saved.

Large numbers of liver patients die each year while waiting for a transplant. Some don’t even make the transplant list due to organ shortages.

It is estimated just under 80 per cent of these deaths are caused by alcohol, 10 to 15 per cent by obesity and the remainder by hepatitis or inherited conditions. The most recent figures show that about 150 of 700 organs transplanted each year go to recovering alcoholics.

Professor Anil Dhawan who is leading the trial at London’s King’s College Hospital, described the use of stem cells to treat liver disease as an “exciting breakthrough”.

He said: “We have many very sick children and babies who need transplants. If we can cure them without a transplant it will be a ­fantastic development.”

Professor Etienne Sokal, who developed the technique at the Catholic University of Louvain in Belgium, said: “Some patients with liver disease are unable to produce appropriate stem cells to repair the liver. The cells we infuse into the liver supply the liver with new stem cells, which are able to correct the missing functions.”

The stem cells, taken from the organs of dead donors are better tolerated than a transplant and require fewer drugs to reduce the risks of the body rejecting them.

Posted by Hepatitis C Research and News at 7:03 PM