Hepatitis C virus (HCV) is a global health issue; approximately 170 million individuals are infected worldwide and are at risk of developing life-threatening liver diseases (Lavanchy, 2009). There is no vaccine and treatment options are limited and very challenging for patients. Despite the recent approval of new direct-acting antiviral (DAA) medicines, which target the virus-encoded protease, the backbone of current therapy still includes interferon. Interferon has to be self-administered by injection and is associated with nasty side effects that significantly diminish the quality of life of patients required to take it. One need only view the harrowing YouTube video diary documenting a plight of an HCV-positive teenager undergoing interferon treatment (De Lisser, 2009) to realize that new treatment regimes that do not require interferon are urgently needed to alleviate the suffering of millions of patients. To achieve this, combinations of distinct DAA classes will likely be used to attack the virus from different angles and drive it into submission. Encouragingly, the HCV pipeline is populated with over 50single DAAs in clinical development (Pawlotsky, 2012). Of course, only a subset will make it to market and the most advanced molecules in clinical development will likely still require an interferon backbone when they are first licensed for use, especially in patients infected with HCV genotype 1. However, the race is most definitely on to develop the first interferon-free therapies and we’ve already seen promising data from dual DAA combination trials without interferon (Chayama et al., 2012; Lok et al., 2012), and interferon-free triple DAA combination trials are now also recruiting. Nonstructural protein 5A (NS5A) inhibitors feature prominently in DAA combination trials, but what are they and what’s so special about them?!

NS5A inhibitors are chemical compounds that target the HCV-encoded NS5A gene product; a rather enigmatic non-enzymatic protein, which is essential for viral genome replication and virus assembly. It’s a key modulator of the HCV life cycle but we really don’t know what its exact functions are! Hence, screening for molecules that directly target NS5A is incredibly difficult. However, a clever ‘chemical genetics’ strategy combined with a pinch of serendipity enabled Bristol-Myers Squibb to discover and develop a NS5A inhibitor called BMS-790052 (Lemm et al., 2011; Gao et al., 2012); a paradigm-shifting HCV DAA, subsequently renamed daclatasvir and now under phase III clinical evaluation. Although their exact mechanism of action remains unknown, N5A-targeting molecules probably function by deregulating the intricate relationship between NS5A and intracellular HCV replication sites (Targett-Adams et al., 2011). NS5A inhibitors have now become a super-hot focus for HCV drug development and one need only list some of their very impressive headline-grabbing stats to appreciate why:

1. Only picomolar quantities of NS5A inhibitors are required to inhibit HCV replication in cell culture-based models. Let’s put that into context; in comparison to the current licensed HCV protease inhibitors, about a thousand-foldlessNS5A inhibitor molecules are required to elicit equivalent levels of HCV inhibition in cell culture. They are probably the most potent antiviral molecules ever discovered.
2. NS5A-targeting molecules can suppress replication of all HCV genotypes i.e. they display pan-genotypic activity.
3. The resistance profiles of NS5A inhibitors do not overlap with those of other DAAs, which means, in theory, they could partner any other DAA mechanistic class in combination regimens.
4. The pharmacokinetic properties of NS5A-targeting molecules suggest they are amenable to once-daily dosing in patients and, to date, they appear to be safe in humans.
5. Most importantly, they work! We’ve seen some impressive suppression of viral loads in HCV-infected patients treated with daclatasvir (Gao et al., 2010; Nettles et al., 2011; Chayama et al., 2012; Lok et al., 2012).

However, as remarkable as these molecules are, they are not equally effective in all patient groups – they have an Achilles heel. Specifically, current NS5A inhibitors are particularly susceptible to certain drug-resistant virus variants in patients infected with HCV genotype 1a, which leads to viral breakthrough during treatment. Take daclatasvir as an example, a single nucleotide substitution in the HCV genotype 1a genome can result in an amino acid change from tyrosine to asparagine at position 93 in the NS5A protein sequence, which renders HCV 47,000-fold less susceptible to daclatasvir (Fridell et al., 2010). A combination of 2 amino acid changes in the NS5A protein coding sequence of genotype 1a requires micromolar concentrations of daclatasvir to inhibit HCV replication (Fridell et al., 2010); well beyond the concentrations of the drug achievable in humans! This liability to resistance mutations in NS5A is less pronounced for genotype 1b but remains evident; hence, NS5A inhibitors feature a low genetic barrier to resistance. Why is this problematic? Well, HCV exhibits astounding levels of genetic diversity in chronically-infected individuals, which is driven by a high replicative ability of the virus in the liver(up to a trillion HCV particles can be produced in a chronically-infected individual per day) compounded by an error-prone nature of genome synthesis. As a result, it is likely that every possible single (and probably double) mutation in the virus genome is generated at least once a day. Basically, all the mutations that render HCV resistant to any 1 DAA probably already exist in patients even before they are ever exposed to a specific HCV antiviral drug! Drug resistance is the scourge of HCV drug development and is certainly not limited to just HCV NS5A inhibitors. However, therapeutic regimens composed of a combination of DAAs from different mechanistic classes will have the power to combat HCV drug resistance and the true benefit of NS5A inhibitors will likely be realised as components of tailored HCV DAA drug cocktails. Here, they can utilize their potency to drive down virus replication within a relative safety net afforded by the presence of other HCV DAAs, so that resistance to any one DAA can be quashed by others present in the same combination. Many major pharmaceutical companies involved in HCV drug development have a NS5A inhibitor in their arsenal and the appetite for these molecules is still strong, as evidenced by the recent acquisition of Enanta’s NS5A inhibitor (EDP-239) by Novartis in a deal worth $440 million.

NS5A inhibitors are indeed remarkable molecules; enigmatic, powerful, and will likely be key components of future combination therapies designed to alleviate the suffering of millions of patients infected with HCV. Continued research and development will enable the discovery of improved molecules with a superior genetic barrier to resistance. The future is looking brighter; HCV is a chronic virus infection that we can ultimately cure, and NS5A inhibitors could play a pivotal role. 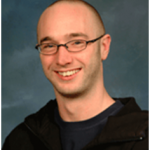 After completing his PhD on the molecular biology of herpes simplex type 1 DNA packaging at the MRC Virology Unit at Glasgow in 2001, he embarked upon his post-doctoral research career focusing upon the intricate molecular details of hepatitis C virus (HCV) RNA replication. Later, in 2008, he joined the Antivirals Research Unit at Pfizer UK to continue his work on HCV with the added bonus of directly translating his research knowledge to investigating HCV mechanisms amenable to drug discovery programs. It was at Pfizer that his interest in HCV NS5A inhibitors, an exciting and intriguing new class of anti-HCV molecules was first piqued. In 2012 he joined Medivir AB in Stockholm as a Principal Scientist committed to discovering and developing novel antiviral medicines to combat a range of virus infections of global medical significance; including, of course, HCV. He can be contacted through LinkedIn or on paultargettadams@btinternet.com .

Posted by Hepatitis C Research and News at 6:42 PM