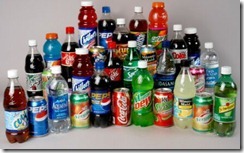 NEW YORK (Reuters Health) - Drinking a liter of regular cola every day increases the amount of fat in the liver and in the muscles and surrounding the organs in the belly, according to a new Danish study.

That kind of fat buildup has been linked in other studies to an increased risk of diabetes and heart disease.

"This study suggests that the adverse effects of sugary beverages go beyond just weight gain or fat gain. It's the gaining of the wrong fat in the wrong places," said Dr. Frank Hu, a professor at the Harvard School of Public Health, who was not involved in this study.

The researchers, led by Dr. Bjrn Richelsen at Aarhus University Hospital in Denmark asked people to drink either a liter of water, milk, diet cola or regular cola each day for six months.

The 47 people who participated in the study were all overweight or obese.

Richelsen said his team chose to study this group because they anticipated overweight or obese people would be more sensitive to dietary changes than people of normal weight.

At the end of the study the regular cola drinkers ended up with 25 percent more fat surrounding their organs, and just about doubled the amount of fat in the liver and muscle.

Such increases "are in most studies associated with an enhanced risk for developing the metabolic syndrome, type 2 diabetes...cardiovascular diseases, and non-alcoholic liver diseases," Richelsen told Reuters Health by email.

Metabolic syndrome is a group of health factors that is linked to an increased risk of diabetes, heart disease and stroke.

The type of fat Richelsen's group studied -- called ectopic fat -- is thought to be more dangerous to people's metabolic health than "subcutaneous" fat, the kind that collects under the skin.

"It is well-established that ectopic fat is 'unhealthy' and induces dysfunction of the organs involved," Richelsen said.

Hu said the results from Richelsen's experiment complement those that have surveyed people about their soda drinking habits.

"This study provides another piece of evidence to support the recommendations for the reduction of sugar-sweetened beverage consumption," Hu told Reuters Health.

The American Heart Association recommends drinking no more than about three cans of soda a week, while young men far exceed that, with about two cans a day on average (see Reuters Health report of August 31, 2011).

Some cities and states in the United States have batted around the idea of a tax on sugar-sweetened drinks to curb people's consumption.

Denmark has instituted a tax on sugary items, but Richelsen said it's not clear how it has impacted consumers.

One study at a hospital cafeteria found that raising the price of soda by 35 cents reduced sales by 26 percent (see Reuters Health report of June 18, 2010).

The current study, published in the American Journal of Clinical Nutrition, did not find that the cola drinkers gained more weight than the other groups.

Richelsen said it's possible that the people reduced the amount of calories they ate or drank to compensate for the extra calories in the pop.

The researchers point out in their study that the sugar in soda from Denmark is different from most sodas in the United States.

In Europe, the sweetener is sucrose, as opposed to the high fructose corn syrup used in the U.S.

"It is quite convincing from the scientific literature that it is the fructose part of the sugar molecule...that is the primary culprit in inducing fat synthesis in the liver," Richelsen said.

Given that there is extra fructose in high fructose corn syrup, Richelsen said, soda from the U.S. could lead to more pronounced problems with fat gain.

Posted by Hepatitis C Research and News at 9:28 AM