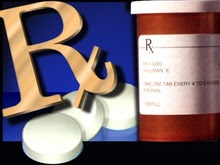 HOUSTON - A watchdog group calls the current state of drug shortages in this country “alarming” and doctors in the Texas Medical Center agree the problem is more severe this summer than in years past.

Jonathan O’Malley, 18, is a leukemia patient at MD Anderson. Earlier this year he received a cord blood transplant and doctors are managing his recovery and the variety of health issues his fight includes. Among the litany of problems chemotherapy has already brought him, he's developed an infection. It’s called cytomegalovirus or CMV. The recommended treatment and final line of defense for Jonathan is an anti-viral drug called Foscarnet.

But on the blog kept by Jonathan's parents, we noticed this disturbing sentence from his mom: "There is a nationwide shortage of this drug and they have absolutely none available...this could be life or death for so many cancer patients," Melanie O’Malley wrote.

At Texas Children's Hospital we found a doctor who agreed.

“For these patients these drugs are life-saving and absolutely vital,” said Dr. Robert Krance, a stem cell and gene therapy expert. Two of his stem cell transplant patients also rely on Foscarnet to keep infections in check.

"And when you don't have suitable alternatives you really have patients at risk for having complications and even fatal complications if you can't work around that,” Krance said.

So why is Foscarnet suddenly in short supply? That's a difficult answer to get.

The company, headquartered in Lake Forest, Illinois would only tell us by email that: “We expect to be back on the market in the fourth quarter (the quarter starting Oct. 1 and running through Dec. 31).” A report by the American Society of Health-Systems Pharmacists last month stated that “Hospira has Foscarnet presentations on hold due to product testing out of specification.”

"We really don't get a very clear reason why it happens so you're always left somewhat in the dark,” said Krance.

And it's not the only drug in short supply. The American Society of Health System Pharmacists currently lists shortages for more than 140 drugs and drug products including the likes of Hepatitis A Vaccine, morphine injections, and measles, mumps, and rubella vaccine.

The institute for Safe Medication Practices called the shortages "alarming," "unprecedented" and "grim."

"I think a lot of that is financial pressure,” said Wendy Smith RPH, PharmD, a pharmacist at MD Anderson. “There's not a lot of excess drugs sitting on the shelf at any one place."

Smith agrees the shortages are more severe this summer. But said managing sparse drug supplies are a daily part of doing business.

The Food and Drug Administration blames shortages on the business decisions of drug companies, occasional problems with manufacturing, or, in the case of Foscarnet, only one company finds it profitable to produce.

“We may not ever know why a particular product was shorted out,” added Smith.”So it's frustrating for a lot of people."

"We try to preserve product for patients who need it the most and try to withstand and wait until things on the production is able to be picked up,” said Smith.

As for Jonathan, we are told he has enough of the drugs he needs at least for now. Although Krance says he wishes it wasn’t an issue at all.

“When drugs are no longer available to a patient who needs it desperately, it's often too late,” said Krance

Source
Posted by Hepatitis C Research and News at 2:54 PM