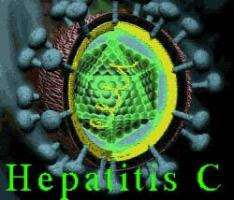 Following the detection of the alleged purposeful infusion of hepatitis C infection in Melbourne women by an anesthetist, about 14 more women have been tested positive.

The probe triggered by Victoria's Department of Human Services examined as many as 1,800 women in the region. With yesterday’s figures, the number of infected women has reached 58.

In a similar test series held in May, the department found more than 44 women testing positive with the disease.

The Department has now approached another 400 women in the region for the tests, in addition to the 30 from New Zealand.

As many as 55 New Zealand women taking part in Croydon Day Surgery in east Melbourne have been found to be infected with Hepatitis C.

In the beginning of this year, around 12 women were spotted to have picked up the infection. It was here, when DHS initiated further drives to test the rest of the women in the area.

Dr. Peters, alleged anesthetist to have infused the infection in his patients, has now been sacked.

"We have a team of public health doctors and nurses making calls, explaining why the call is being made and organizing a blood test”, Victoria’s Chief Health Officer, John Carnie.

Posted by Hepatitis C Research and News at 11:45 AM

Labels: Transmission in a Clinical Setting